Join Courtney Fleming, the Tower’s Manager, on a tour of Lansdown Cemetery, once William Beckford’s beautiful garden surrounding the Tower and where Beckford himself is buried.

William Beckford had been buried in Bath Abbey Cemetery in 1844 but, at the instigation of one of his daughters, Lady Hamilton, the tomb was transported to the newly-created Lansdown Cemetery. She had bought back the land after it had been proposed to develop it into pleasure gardens.

The cemetery has over 5,000 burials. The oldest section (1) is south of the tower and the most recent ones (8 and 9) at the eastern end. A roughly semicircular area northwest of the tower has relatively few memorials, is mostly shaded by large trees and, in spring, is covered by wild garlic.

This ticket is not available for sale. 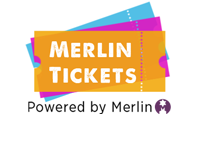